skip to main | skip to sidebar

No one is allowed to report this, but I'm tired of the secrecy. I received this information from a "friend." Here's what's going on:

Over the course of the last 5 years adoption from Ethiopia has become extremely popular and the number of immigrant visas issued for adoption has continued to rise each year. 731 visas were issued to children in 2006 rising to 2,277 visas in 2009. The Embassy expects the number of visas issued in 2010 to once again increase. This is a dramatic increase over a 4 year period and makes Ethiopia the second largest sending country for international adoptions to the United States. These numbers do not reflect the numbers of children immigrating to other countries.


The government of Ethiopia as well as the US Embassy in Ethiopia, are under great pressure to reduce the number of adoptions from Ethiopia by large international organizations such as UNICEF who do not have a favorable outlook on intercountry adoption. Allegations of misconduct surrounding adoptions from Ethiopia have added an increased level of scrutiny. Holt anticipates that additional changes to the adoption process will occur as the government of Ethiopia attempts to reduce the number of adoptions over all.
Posted by IVANA KIDD at 1:04 PM 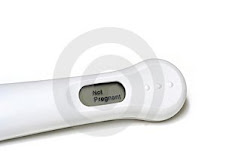 Mine is "not pregnant"

IVANA KIDD
If you like my blog, please scroll down and become a Follower, so I know who's checkin' out The Phantom Line. Thanks!